Behind the Scenes of the New West Tourism Industry: Part 2

Inside New West with Christina Anderson 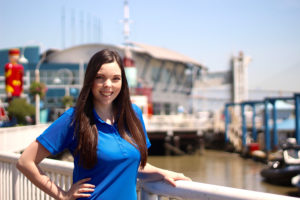 Although Canada momentously celebrates its 150th birthday this year, New Westminster’s history is even older – by nearly a decade. In fact, it was in 1859 that New Westminster officially became the first city in Western Canada.

Now, some 158 years later, New Westminster is a modern, vibrant city in its own right with impressive attractions and remarkable shopping, dining, entertainment and theatrical experiences.

New Westminster’s growing popularity is evident through its share of visitors from the Lower Mainland – including Metro Vancouver and the Fraser Valley – as well as from Washington State, other parts of the United States and the world. With these visitors looking for information on the city, Tourism New West’s Visitor Information Centre is bustling with activity and information.

As a student entering her third year at Queens University in Kingston, Ontario, Christina Anderson is back home for the summer and ready to champion New West to the world as a Visitor Information Counsellor at Tourism New Westminster’s various visitor centres.

I recently had a chance to chat with Christina about her background – and her role in helping visitors make the most of their time in the Royal City. 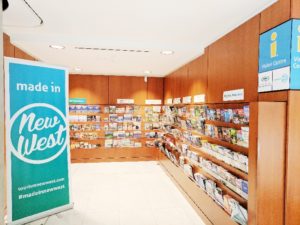 What inspired and motivated you to become a Visitor Information Counsellor for Tourism New Westminster?

I was born and raised in New West, and so when it came time for me to look for a summer job… well, it just made sense. Before this, I had been working as a Visitor Councillor for Surrey and White Rock – off and on for about a year-and-a-half – and that was a great experience, but my goal was always to make it back here… which is home.

It’s also so nice to be working in this area, and to be promoting all that New West has to offer. There’s so much going on, so there’s always lots to tell people about when they walk through the doors.

What do you think sets New Westminster apart from other cities?

There’s such a uniqueness and individuality to New Westminster. First of all, it’s BC’s oldest city so it has history. There’s also a really strong feeling of community and sometimes feels like a big small town – yet it’s also close to the hustle and bustle of the city. 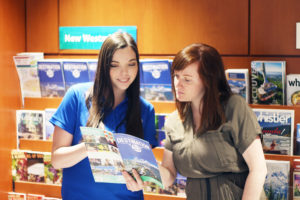 What is your favourite part of the job?

I would say it’s meeting new people and having a chance to chat with them, answer their questions and tell them about what’s happening in the city. It’s so fun to help people plan their trips – and my job definitely makes me want to go out and see more of New West. There’s just always so much to see and do here. Overall, though, I want to say that I am so happy to have this job. I feel so lucky to be an ambassador for the city, and am very excited for the summer.

In your opinion, what is New Westminster’s best-kept secret?

The Food! New Westminster has some of the best restaurants and food in the Lower Mainland. The city is definitely under-rated when it comes to food, but that’s quickly changing. All of my favourite foods and dishes and restaurants are all here – so I definitely think that’s New West’s best-kept secret. 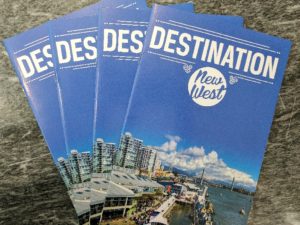 Why should people drop by to chat with you at the Visitor Information Centre?

We can tell you about different offerings – depending on the week – and what’s going on in terms of activities, events and festivals. We can give you the insider’s perspective on the city. If you happen to be wandering around Downtown New West, then you should pop by to grab a map and find out about what’s happening around town that you might be interested in.

Tourism New Westminster’s Visitor Information Centre is located within the state-of-the-art Anvil Centre in the heart of Downtown New Westminster at 777 Columbia Street. For the summer season, a Visitor Info Centre will also open as of July 1st at the River Market – in addition to pop-up visitor centres at some of the city’s major events and festivals.

Be sure to drop by and visit Christina and the other visitor information Counsellor to get the inside scoop on fun experiences and event information around the city.