Life gets hectic, and sometimes you need to get out and enjoy the outdoors. The Fraser River is the perfect place for a relaxing walk and, luckily, New Westminster serves up some of the most inviting, pedestrian-friendly urban trails in all of Metro Vancouver. Go for a peaceful stroll in one of New West’s welcoming residential neighbourhoods or get moving along the bustling Downtown waterfront. Either way, the mighty Fraser River is calling! 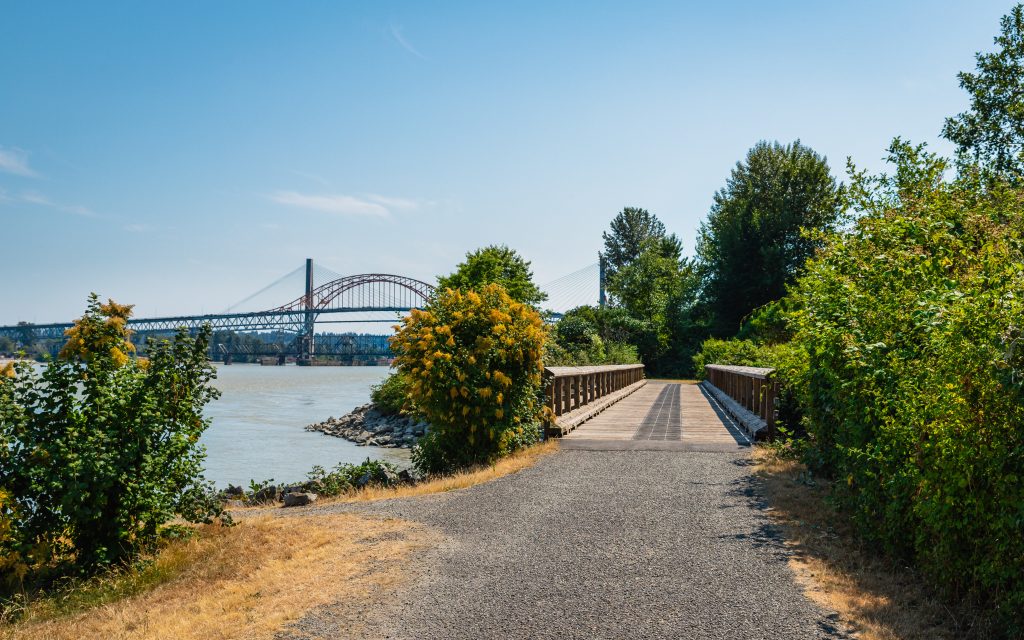 Situated at the foot of Cumberland Street at East Columbia Street is Sapperton Landing. Part of the Brunette-Fraser Regional Greenway that connects Vancouver to New Westminster, the park stretches for 1 km along the banks of the Fraser River. This riverside park features vehicle parking, a fishing dock and a walking trail with bridges, benches and viewpoints overlooking the water. If you’re lucky, you’ll see a beautiful Great Blue Heron at the edge of the water!

When you’re in the area, consider stopping by Another Beer Co. for a cold drink of their fittingly-named Livin’ by the River IPA. 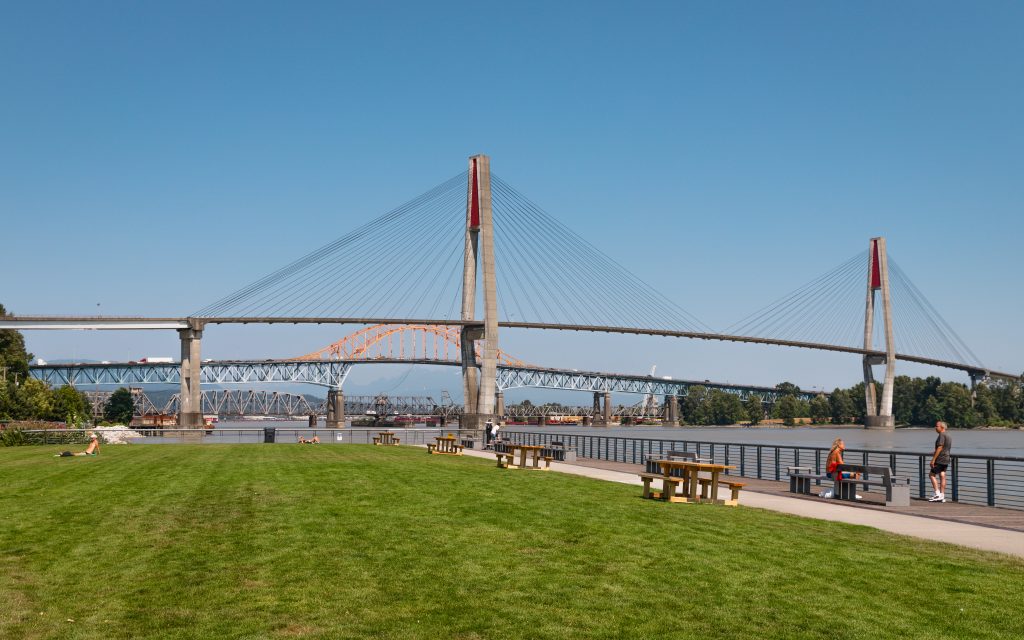 Accessible from the Fourth Street and Sixth Street Overpasses by stairs, ramp or elevator, Pier Park is a trendy waterfront destination in Downtown New Westminster. Most notable are the park’s lively boardwalk, large festival lawn ideal for relaxation and unobstructed views of the Fraser River. While exploring Pier Park, you can check out the Community on the River: The Place Where People Meet public art feature, which describes 87 important milestones in New Westminster’s history.

If you plan on sticking around, did you know that you can enjoy a drink in Pier Park? There are seven parks in New West where responsible alcohol consumption is permitted, and the city has listed these parks here. 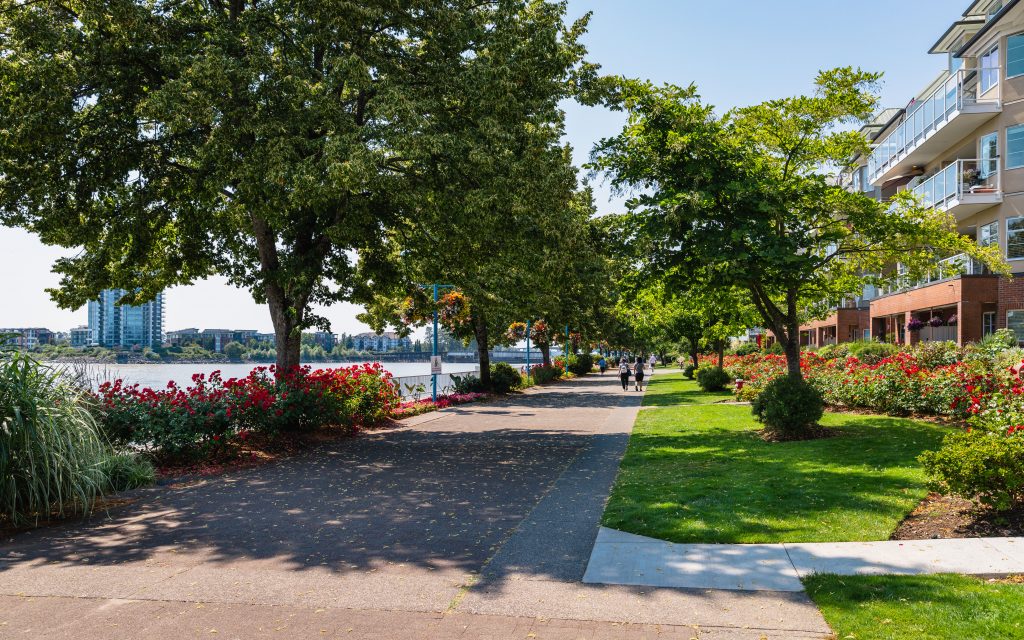 Adjacent to Downtown New Westminster and accessible from Quayside Drive or the River Market is the Waterfront Esplanade. Enjoy the sounds of Fraser River during a pleasant wander along the boardwalk or the park’s wide, tree and garden-lined pathway. Don’t forget to check out the New West Letter Exchange at the start of the Waterfront Esplanade whether you’re a writer or a reader!

Looking for a refreshing addition to your outing? Pick up an iced tea of your choice at Great Wall Tea or a scoop (or two!) from Tre Galli Gelato Caffe before heading off along the river. 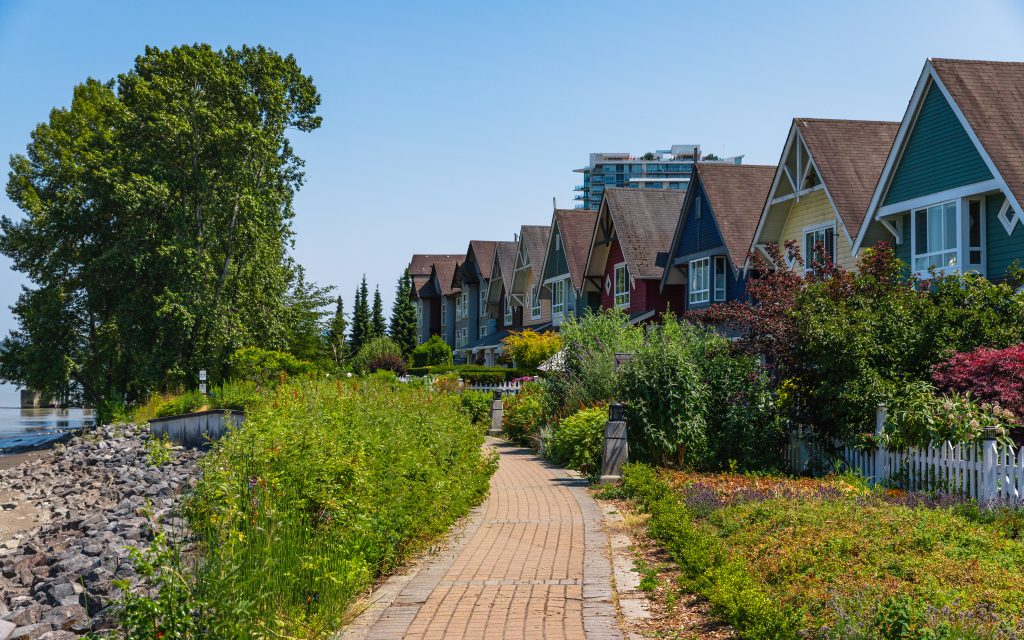 Tucked away in New Westminster’s growing Queensborough neighbourhood are some of the city’s best walking and running trails. Wrapping around the tip of Lulu Island, the Queensborough Perimeter Trail and River Walk offer views of Downtown New Westminster, the Fraser River and Poplar Island. If you’re looking to chill out, grab a book from one of the area’s pop-up libraries and take a seat at a perfectly situated bench along the river.

For those who want to tackle New Westminster on foot, try taking the Q to Q Ferry! This convenient service takes you between Quayside and Queensborough in just a few minutes. Find the ferry schedule, ticket fares and other important information here.

Get out there and explore New West! There’s plenty of amenities for your continued enjoyment. If walking is a little too slow for your liking, check out how you can bike your way through New Westminster here. And remember, you can capture your experiences and share them on social media using #MadeInNewWest!