New Westminster was the first capital of British Columbia and is one of Western Canada’s oldest cities. This means that New West is home to some of the province’s oldest structures. Follow along as we explore the historical roots of the Royal City and the rich past of Downtown New West. We’ve listed four prominent buildings for you to explore, but be sure to do some of your own exploring along the way! There’s plenty to discover in the Original Downtown.

Adjacent to New Westminster SkyTrain station is our first destination—Hyack Square. When standing in the Square, look across Columbia Street and up the hill on Eighth Street. This very street is the location of one of New Westminster’s most iconic photos, titled Wait for Me Daddy, which was taken by Claude P. Dettloff on October 1, 1940. The image captures a child running after his father as The British Columbia Regiment marches down Eighth Street. The historic image was brought to life as a statue in the Square and was unveiled by the City of New Westminster in 2014. 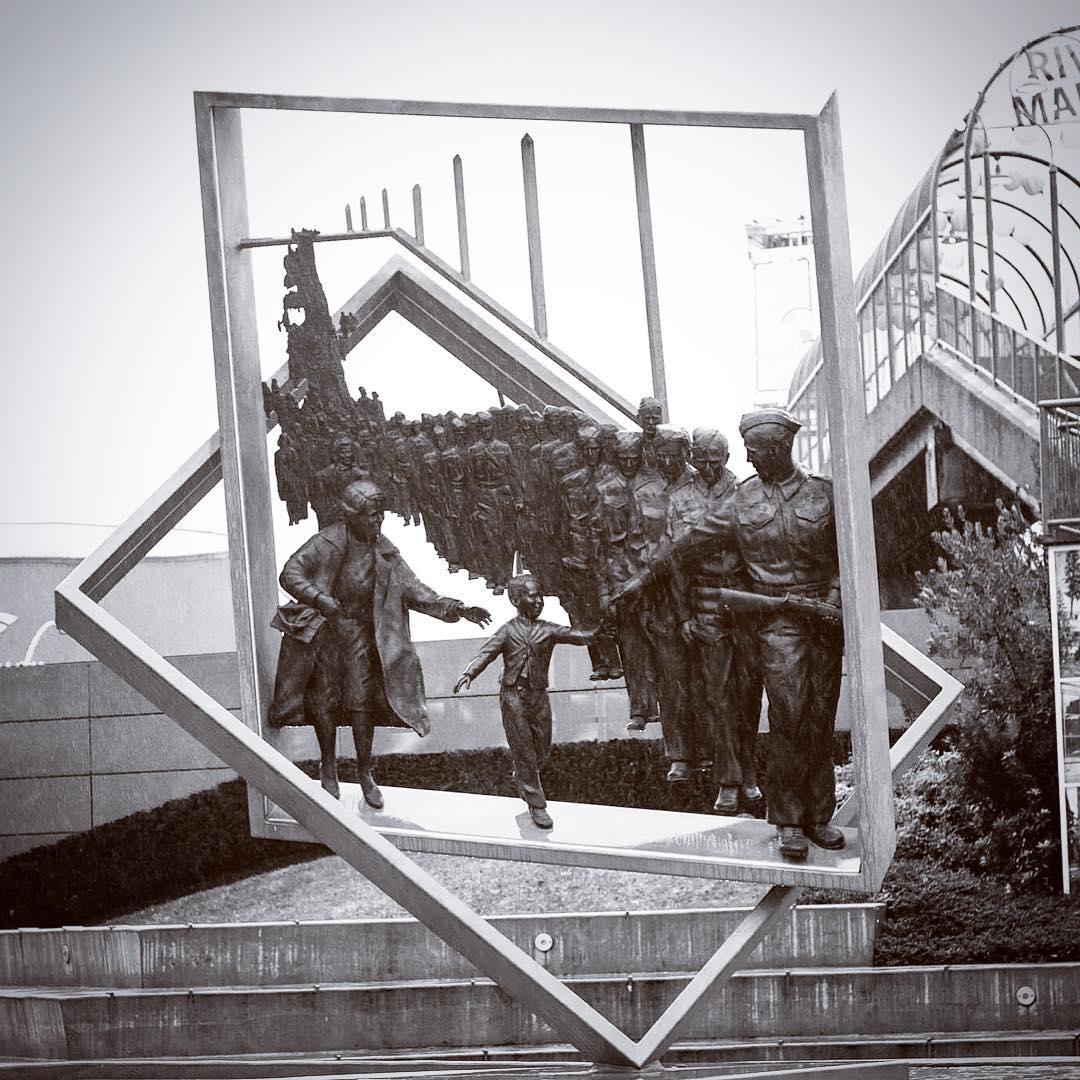 Next to Hyack Square is the Canadian Pacific Railway Station building. Built in 1899 after the Great Fire of 1898, the building serves as a symbol of New Westminster’s historical role as the main driver of British Columbia’s growth.  The Station is a classic example of the Chateau style that was popular with Canadian Pacific Railway buildings. It is also a symbol of how rail was used to transport people and goods during the turn of the century, and New West’s role as a gateway to the west. Today, it is the popular Kelly O’Bryan’s Restaurant and Carlos O’Bryan’s Pub, so be sure to grab a seat, have a bite to eat and check out their extensive beverage menu.  If you’re interested in more patios in New Westminster, check out our blog post here! 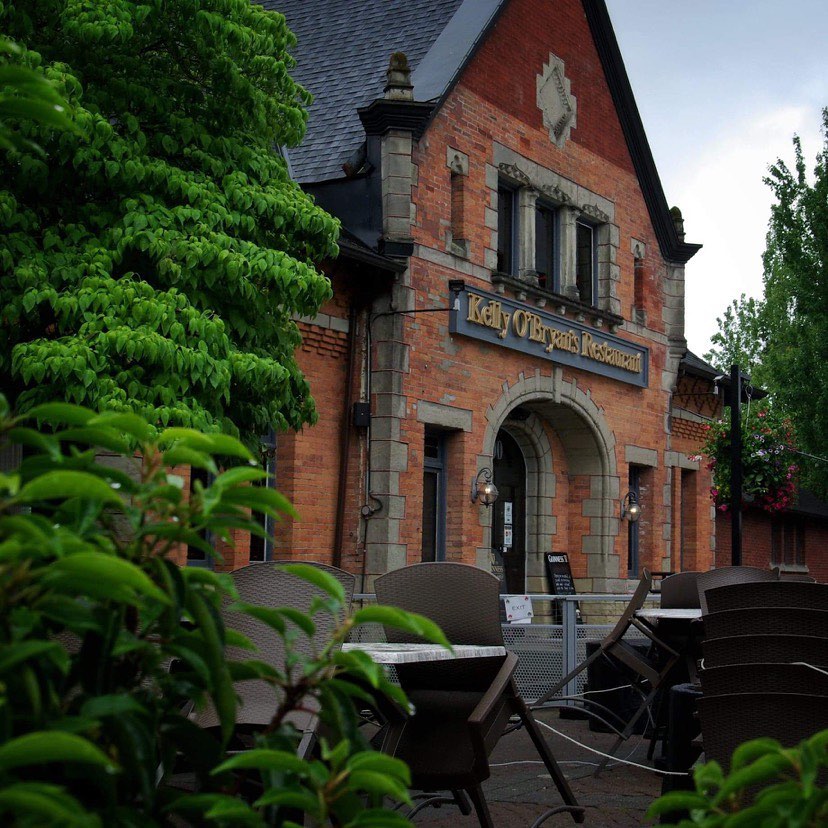 Continuing along Columbia Street until you reach the Westminster Trust Buidling. Constructed after the Great Fire of 1898, the Westminster Trust Building was built during the pre-war economic boom in Western Canada. This building is considered New Westminster’s first skyscraper and represents the city’s esteemed position as an economic and agricultural hub in the Fraser Valley. Built for Westminster Trust and Safe Deposit Co. Ltd, the structure was originally meant to be a six-story building, but two more floors were added to the plans before construction. This addition reflected the rapid growth of New Westminster at the time. The building, which is influenced by the Chicago School of Architecture, featured many modern conveniences for the time and was built to be burglar-proof and fire-proof.

When checking out the Westminster Trust Building, stop by Waves Coffee Shop on the ground floor. The beautiful location features a fully-restored heritage interior where you can enjoy a wide array of beverages, baked goods and gourmet lunch options. Check out the key design elements including the ornate plastered ceilings. 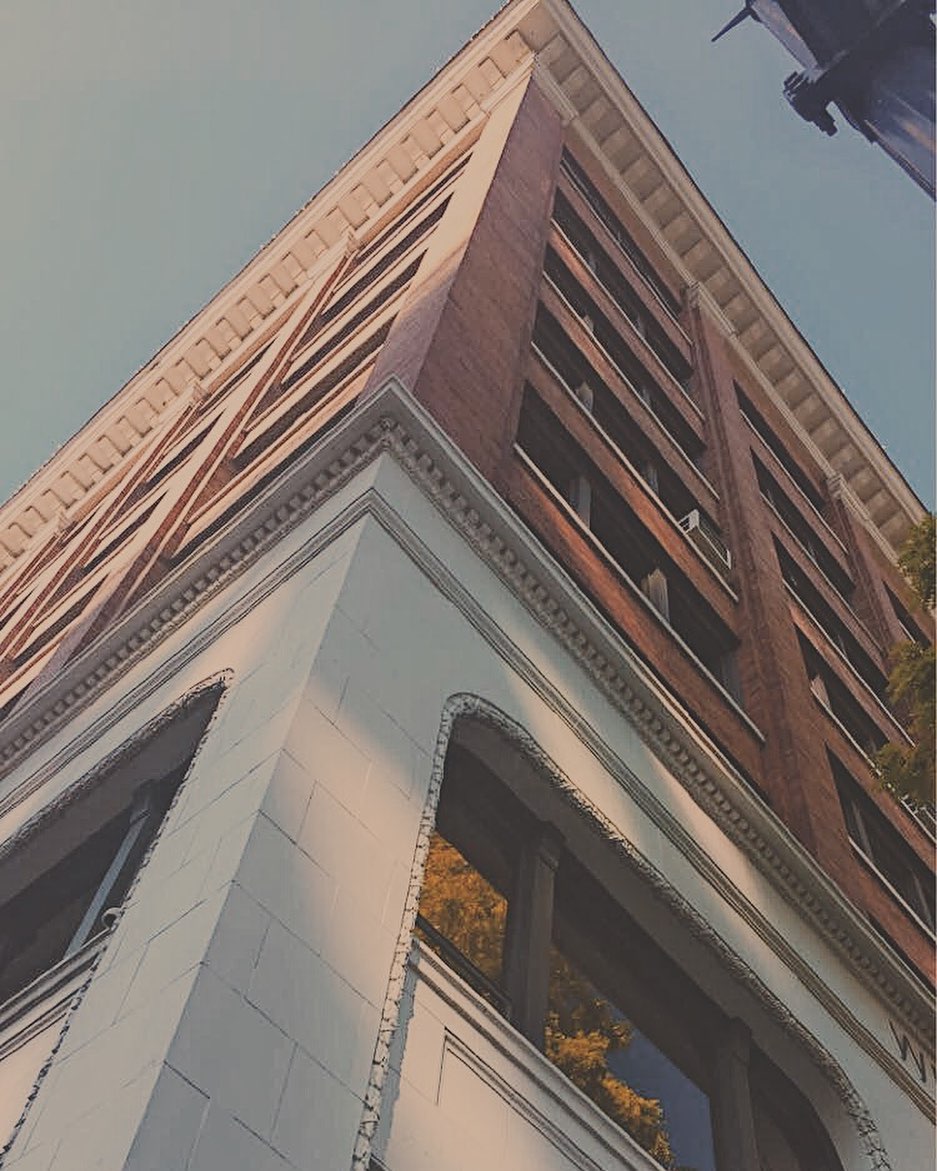 Next, head up Begbie Street and you’ll arrive at the Arundel Mansions Hotel. This historic hotel is a refreshing option for anyone looking to stay in a historic New West hotel. Built in 1912, this hotel represents the popular Arts and Crafts architectural style of the Edwardian-era. Experience the period features in the interior of the hotel as well, many of which are original. 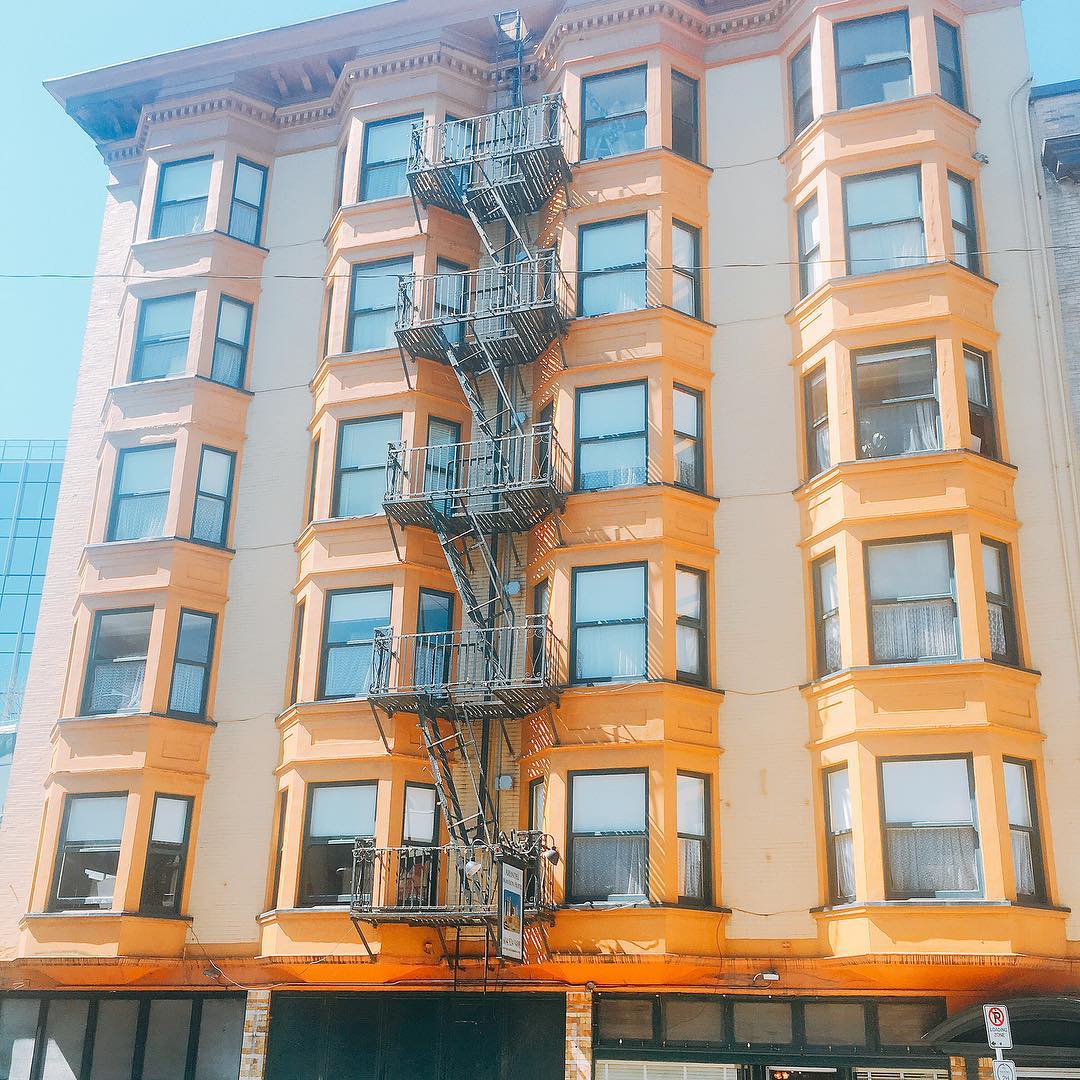 Finally, make your way up to Carnarvon Street where there are many historical buildings. Once you reach 4th Street, head north until you reach Royal Avenue. Turn right and continue walking until you spot one of New West’s most famous historic homes—Irving House.

Built in 1865, Irving House is one of the oldest homes in New Westminster and the entirety of British Columbia. Featuring a beautiful Gothic Revival exterior, this house has been restored to reflect life of the Irving family and features many of their original furnishings. Captain William Irving and his wife, Elizabeth Jane Irving were prominent, wealthy members of the community. Their status is reflected in the artful craftsmanship of their home. Irving House is ideal for anyone looking for a prime example of the architecture of the area, and you can book a tour of the historic home here. 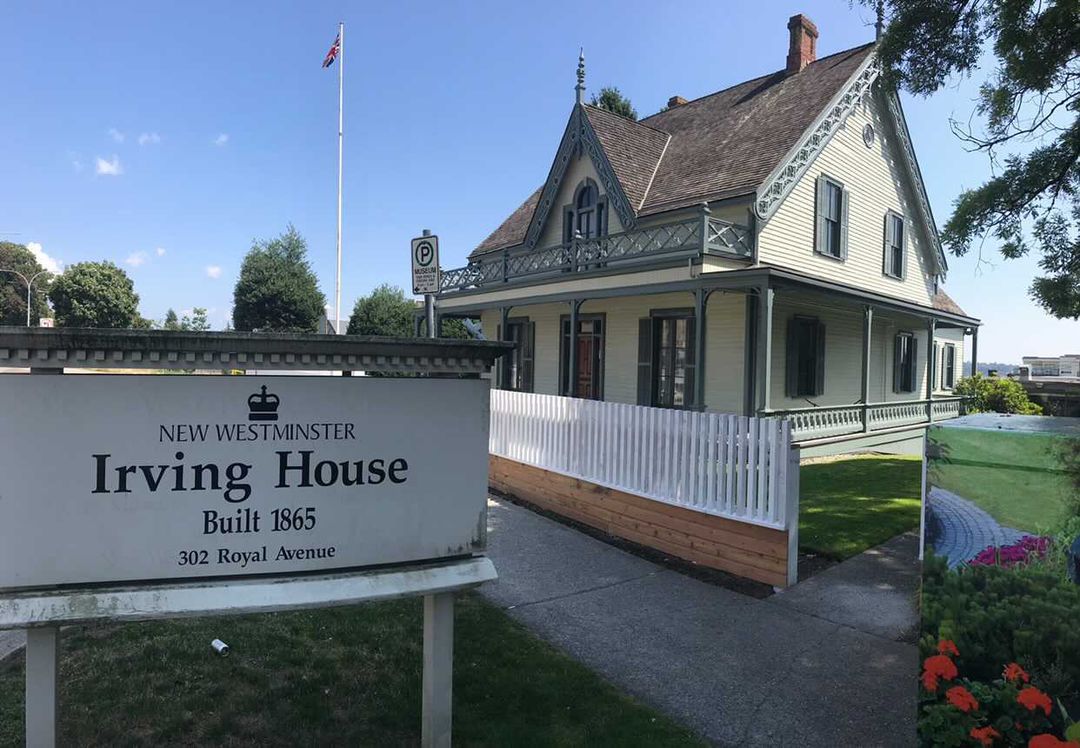 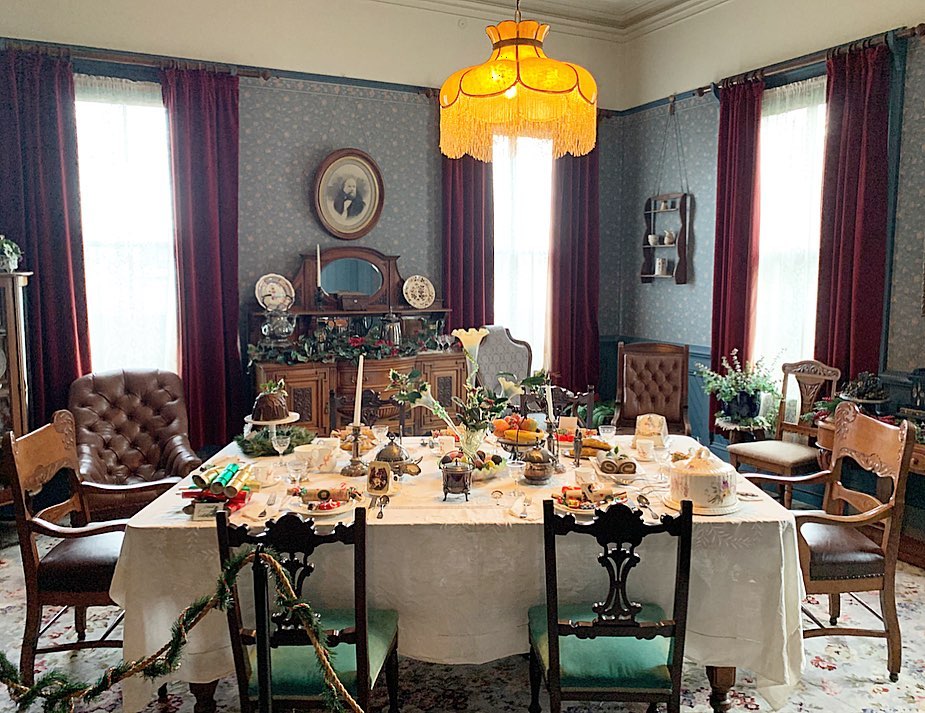 New Westminster is brimming with history and architecture with stories to tell. We’ve only listed a few favorites in this self-guided tour, so be sure to look beyond this post! When visiting any of the buildings listed above, you can share your experience on social media using #MadeInNewWest. Happy exploring!