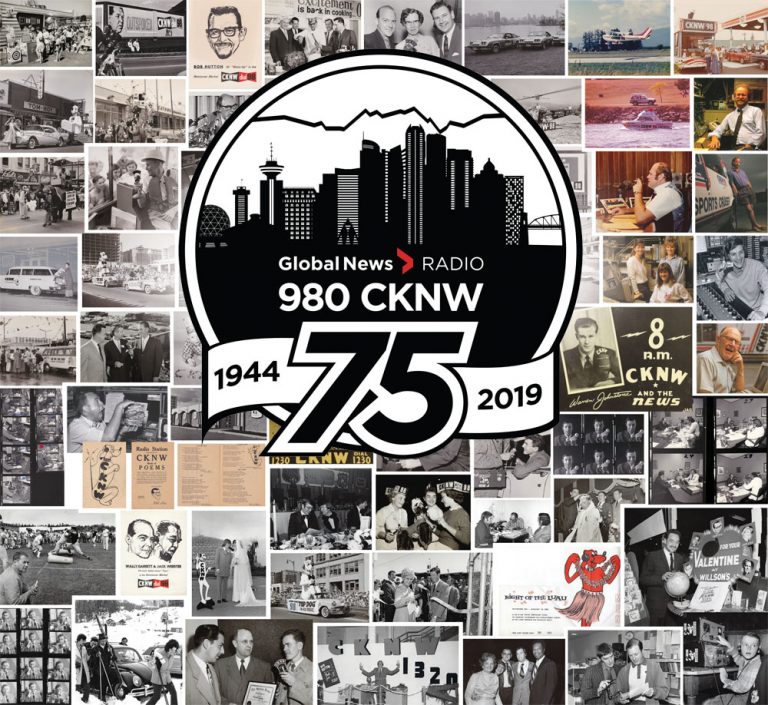 On August 15th, come down and celebrate the 75th Anniversary of 980 CKNW at Anvil Centre. The event will feature current and past radio host, local vendors, 75th anniversary birthday cake and much, much more!

Join 980 CKNW hosts Jon McComb, Simi Sara and Lynda Steele along with former hosts and special guests for a full day of live broadcasting. Global BC will be on site with Community Reporter Michael Newman and Senior Meteorologist Kristi Gordon.
Originally broadcast from the now-demolished Windsor Hotel, situated near the corner of Columbia and Eighth Street in Downtown New Westminster across from Anvil Centre, CKNW went on air on August 15th, 1944. The station broadcast from New Westminster for over 50 years before moving to Downtown Vancouver in 1996. Despite the move, its birthplace lives on in the ‘NW of the station’s namesake.