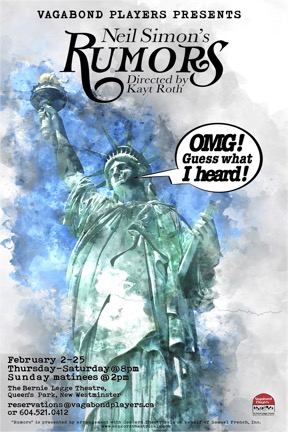 A Comedy by Neil Simon
Several upscale New York couples are arriving for the anniversary party of Charlie and Myra Brock. Problem is that Charlie, the Deputy Mayor of New York, has shot himself in the ear, his wife is missing, and the servants are gone. The result is one of Neil Simon’s best known comedies, a farce filled with exploding pots, back spasms, doors slamming, gunshots and marriages in turmoil as the party guests all participate in a cover-up that no one truly understands.