Behind the Scenes of the New West Tourism Industry: Part 3 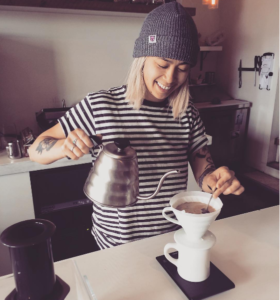 New Westminster is quickly evolving into a culinary hub in its own right within the Lower Mainland. Whether it’s authentic Mexican food, gourmet burgers, craft beer or a local roast – the Royal City is becoming known as a foodie destination for its array of unique offerings.

One local café that so perfectly represents the community, culture – and culinary evolution – of New Westminster is Old Crow Coffee Co., situated across the Fraser River at 655 Front Street in downtown.

When Stephanie Vu first opened the café in March of 2015, she and her business partners envisioned a motorcycle café – a sort of transient spot for motorcycle enthusiasts and riders to stop in for a good cup of coffee en route to their next destination. This makes sense when you consider Stephanie’s background.

Prior to Old Crow, she was in a metal apprenticeship program with a strong interest in automotive and motorcycle repair. This – coupled with her love of coffee and coffee shops – led her and her partners to a dream hybrid of the two: a motorcycle café that serves bikers and showcases unique motorcycles. 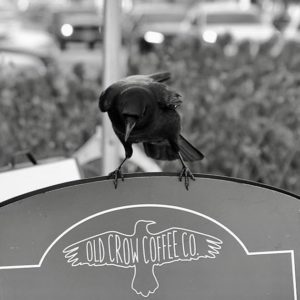 However, almost since day one of opening, Stephanie explains that the café took on a life of its own. Instead of a temporary resting stop for wanderers, Old Crow Coffee organically grew to become something even bigger and better: an important cornerstone and meeting spot for the community

“I’m really proud of the café and space that this has become,” says Stephanie. “Old Crow Coffee has grown into a shared space for arts, culture and the community – especially our back area, which has been used for all kinds of community events, performances, and workshops.”

Having been born and raised in Southern California and as a relatively new transplant to the Lower Mainland, one might wonder why Stephanie chose New Westminster – of all places – to open her dream café. The answer, though, is simple:

“I love the charm of New West, all the character here and the sort of unique big small town of this community.” 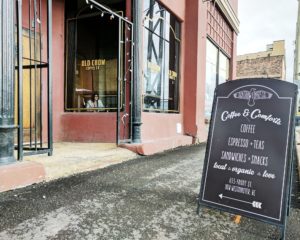 Indeed, this café so seamlessly blends into the area, Front Street itself and the character-filled building it occupies, one would think Old Crow has been here for nearly as long as the city.  Stephanie explains that the name, too, fits with the feel of the old building, the neighbourhood and the history of BC’s oldest city.

“A long time ago,” she says, “I heard an old English proverb: ‘Old crows are hard to catch’ and that stuck with me.  Plus, I love crows. So we felt the name just perfectly captured and fit into everything around us – and made sense for us.”

With two years of experience under her belt as part owner and full-time barista at Old Crow Coffee, I asked Stephanie about her favourite part of the job.  Without hesitation, she said it’s the people.

“It’s 100% knowing the people in the area, getting to make those connections, learning about the community and what they need, and working to better align with what they need.”

A key priority for Stephanie, she says, is creating a safe space for everyone, being inclusive to all and – most importantly – engaging the community, whether it’s through casual and impromptu coffee tutorials to customers in the café or offering up the space in the back for important community and neighbourhood events, such as open mic nights, presentations and other events.

As for New Westminster’s best-kept secret, she gave a generous shout-out Wild Thyme – a modest Lebanese restaurant on 12th Street that she says serves the “most amazing” food and is hands down one of the best restaurants she’s eaten at in her entire life.

But, she adds, “people are quickly catching on.”  The same, of course, could also be said about New Westminster – and the city’s growing status as an emerging culinary and coffee destination. 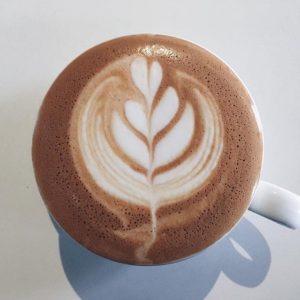