Behind the Scenes of the New West Tourism Industry: Part 5 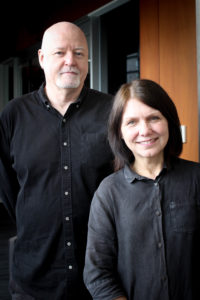 The September 2014 opening of the sleek and modern Anvil Centre brought with it more than just an impressive conference centre. Tucked away among its four floors and 18,000 square feet of multi-faceted space is the New Westminster Museum and Archives, the Canadian Lacrosse Hall of Fame… and, notably, the New Media Gallery.

The gallery is run by the seasoned team of Sarah Joyce and Gordon Duggan. Each has decades of experience in the international art world. Since opening its doors three years ago, the gallery has welcomed almost 50,000 visitors to experience the innovative work of 80 artists in 13 popular exhibitions, each eight weeks long.

Sarah and Gordon work in partnership to build and curate exhibitions of international contemporary art, and set the gallery’s direction and vision on behalf of the City of New Westminster. As experts in the area of new media art, they were first consulted by the City’s Art Gallery Task Force during the gallery’s formative stages. Later, they were hired as the gallery’s founding directors and curators.

“We always say it was a very brave decision for Mayor and Council to open not just any art gallery, but to go out on a limb and focus on contemporary, international new media art. By doing this, the gallery has become a draw for the City,” says Sarah. “We present some of the world’s most prominent artists in this modest gallery. There’s no other civic gallery in Canada focusing solely on new media art, or – quite possibly – in North America.”

In the world of art, “new media” can refer to a broad range of practices such as video, sound, light, smell and bio art (e.g., genetic material). The gallery’s works and exhibitions often have a strong connection to science and technology, linking it with the explosion of new innovations.

“One could argue that the history of art is the history of new media. Artists have always sought out innovative materials and ways of working to create something new and thought-provoking – we see this throughout history,” explains Gordon. “Artists often feel compelled to push boundaries and experiment with new technologies. The New Media Gallery tries to reflect this story.”

Another way the New Media Gallery stands apart comes from Sarah and Gordon’s strong belief in the power of personal engagement. From day one, they have offered personalised curatorial tours and gallery discussions that respond to the needs of each visitor. The goal? To develop an ongoing love and knowledge of contemporary art, and encourage regular visits to the gallery.

“Every person who comes in talks to one of us, and we listen to our patrons, answer their questions and guide them through the exhibition while gauging their level of knowledge and interest,” Sarah explains. “It is an unusual way of working for a curator, but we can now say we know our audience better than anyone – why they are here and what interests them. And through this process, we encourage a connection with arts and culture.”

What’s their favourite part of the job?

As for Gordon, he references the “incredible satisfaction” in completing an exhibition and then opening it up to the public because, he adds, “without an audience and their feedback and interaction, it’s all just an exercise.”

Both Sarah and Gordon also have their own ideas on what they think is New Westminster’s best-kept secret. Gordon’s reply is quick and concise… “Well, the New Media Gallery, of course.” Sarah acknowledges the forces behind this creation.

“There was a real belief by the Mayor, Council and the City that they wanted to support something that connected with the international community of art right here in New Westminster, something that would be a draw and contextualize the City, and that’s just what they’ve done… it’s been really exciting to be part of that.” 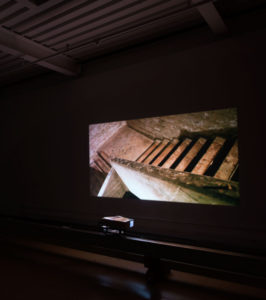 The current exhibition at New Media Gallery is Bridge, and covers the concept of “bridges” in all their forms, physical and otherwise – and how they have the ability to connect and divide us. Bridge will be on display until July 16th at the gallery, located on the third floor of the Anvil Centre at 777 Columbia Street.

Did you know? In 2015, the tourism industry generated a total of $15.7 billion in revenue for the province. (Source: Destination BC)