Behind the Scenes of the New West Tourism Industry: Part 7

A Little Bit of Mexico in (the) New West 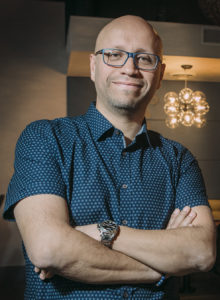 When local restaurateur Alejandro Diaz first visited Canada at the age of 14 from his hometown of Mexico City, he knew it wouldn’t be his last time. He instantly fell in love with the country and its culture.

So after finishing university back home in Mexico, he packed up his bags and made the move up north. That was 23 years ago. Of Canada’s wide open spaces and places, he chose to settle in the Lower Mainland for its milder climate, four seasons, culture and multiculturalism.

Since moving here more than two decades ago, Alejandro has worked at various hotels in both operations and finance. His most recent position in the local tourism industry was the Director of Finance for Delta Hotels. That was about two years ago. 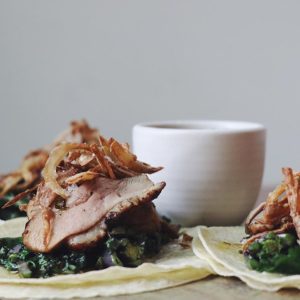 In November 2015, he officially switched professions, roles and titles – jumping from senior management to the owner of one of Metro Vancouver’s most acclaimed restaurants: El Santo.

I sat down with Alejandro to chat with him about his restaurant, and what drives him day in and day out to make El Santo one of New Westminster’s most popular eateries.

What motivated you to switch careers, from a corporate job to becoming a full-time restaurateur?

Of all the places in the Lower Mainland, why did you choose to open your restaurant in New Westminster?

I live in New Westminster – and have lived here for the past eight years. So when I decided to open a restaurant, it made perfect sense to open it in New West. I also wanted to be part of the community here, and showcase Mexican food to my home community.

For me, being part of a community is really important. The community gives so much, and it’s nice to give back.

At El Santo, we also support the Canucks Autism Network (CAN) by hiring people with a spectrum of autism. We also support CAN by doing fundraisers and to create awareness. My son is on the spectrum and that is why I have such a strong relationship with them. And we’re proud to be part of this network, and support the community around us. 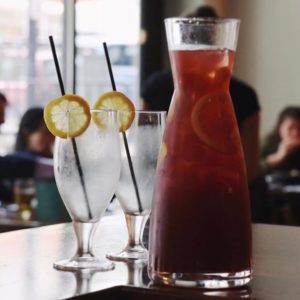 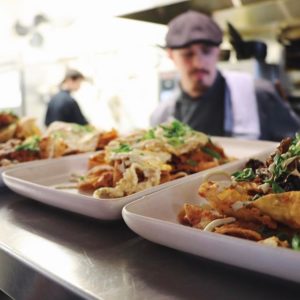 How have you seen your business grow and evolve over the past few years?

I’m really happy where we are right now in terms of business. We were recently voted the best Latin restaurant in Vancouver by Vancouver Magazine – and that’s quite an honour and we’re very proud of that. Of course there’s the business side of things and that’s always hard when you’re starting out.

We’ve been open less than two years, but business has been good considering that. This is a long-term investment, and I didn’t expect to see great change or growth right away. After all, nobody opens a restaurant to become rich – it’s about passion. 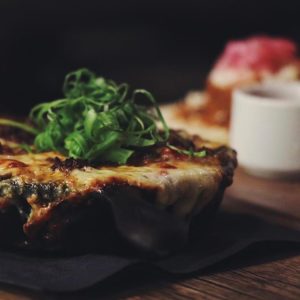 Speaking of passion, what do you like best about your job?

Talking to people and making people happy, seeing them eat my food and enjoying it. Also, the fact that I have a chance to showcase Mexican food – that’s also one of my favourite parts, and it’s what made me open El Santo.

When I think “Mexican,” I think “fresh.” And that’s what we do here – fresh. We feature different Mexican regions and have seasonal menus depending on what’s fresh and available at the time. We focus on seasonal as much as possible, and buy from local farmers markets and suppliers as much as possible. And everything we serve, we make in house.

In your opinion, what is New Westminster’s best-kept secret?

It’s interesting because I think not very many people know about all that’s happening in New West. When people from Vancouver come here, I always hear them say the same thing: “Oh, there’s so much character. There’s so much around here. There are so many restaurant options.” So, in many ways, I think all that New Westminster has is kind of a secret to a lot of people. 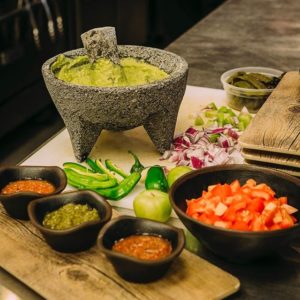 El Santo is located in historic Downtown New West at 680 Columbia Street. Drop by and visit Alejandro and Chef Shane King, and sample some fresh and authentic cuisine from various regions around Mexico.

Did you know? In 2015, tourism contributed more to GDP than any other primary resource industry, including oil & gas extraction, mining, forestry & logging, and agriculture & fish. (Source: Destination BC)