Cozy up to with some live entertainment this month in New West! 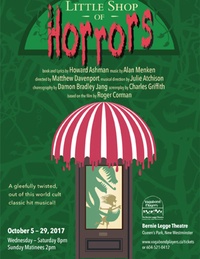 Meek and mild flower shop assistant Seymour Krelborn has stumbled across a peculiar new plant species, which he names after his stunning but vulnerable crush Audrey. The plant, Audrey Two, has plans that are far greater than Seymour can imagine as it grows into a bad-tempered, foul-mouthed carnivore who offers fame, fortune, the girl he loves, and an escape from skid row in exchange for feeding its growing appetite for BLOOD.  Mixing Motown, B-movies, and The American Dream, Little Shop of Horrors is the gleefully twisted, out-of-this-world cult classic hit musical that also spawned the 1986 film starring Steve Martin and Rick Moranis. 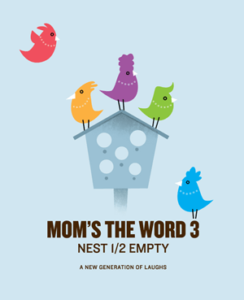 From the world-renowned creative team behind the Mom’s the Word series comes a new chapter in their stories of family and fracas. Their kids are grown, their marriages have “evolved,” and their bodies are backfiring. Life doesn’t get any prettier, buty it never strays far from ludicrous or poignant as the moms continue to mine their personal history for every embarrassing detail. Filled with insights, secrets, and ribald humour, this brand-new show from the moms you love is both hysterical and deeply touching. 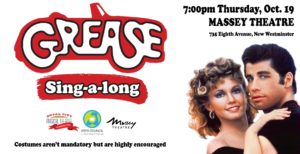 Have you ever been to a film musical and had the uncontrollable urge to burst into song? Ever wanted to know what it’s like to be a T-bird or a Pink Lady but never had the occasion to do so? This fully interactive screening of the classic film with on-screen subtitles is fun for everyone…Pink Lady, T-bird or general musical fan. 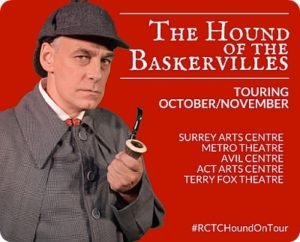 The Hound of the Baskervilles

French-Canadian Sherlock Holmes and a terminally confused Dr. Watson investigate the legend of a supernatural hound, a beast that may be stalking a gormless young heir on the fog-shrouded moorland that makes up his estate.

Hound of the Baskervilles is probably Sherlock Holmes’ greatest mystery, but in this version COMEDY rules the day as three amazingly, talented actors – plus one wandering fireplace – bring all the characters to life in an hilarious spoof that nonetheless stays true to the story’s fascinating plot. 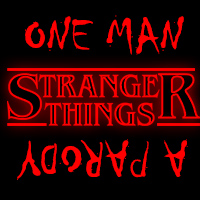 One Man Stranger Things: A Parody

Stranger Things burst into popular consciousness in July 2016, referencing 80s movies, kid culture, the supernatural and Eggo waffles. Charles Ross and TJ Dawe grew up in the 80s, addicted to adventure movies, and went on to co-create a series of one man parody shows of Star Wars, Lord of the Rings and Batman, which continue to tour the world. One Man Stranger Things: A Parody (World Premiere!) will recreate and spoof season one of Stranger Things, reminding audiences why they loved it, right in time for season two (Premiers October 27th Netflix). 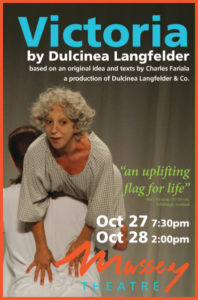 Victoria is a wheelchair-bound 90 year-old suffering from the loss of memory, autonomy and just about everything else, Langfelder melds tragedy with humour. This multi-disciplinary work dazzles audiences with its humour and compassion while addressing old age, vulnerability, loss and death. She and her creative team sought to open dialogues and change attitudes towards old age, others’ as well as our own. Victoria proposes a positive image and reassures people who feel excluded, be it by aging, solitude, illness, handicap… socially or politically.

An uplifting affirmation for caregivers and family members.  A valuable exploration of aging today.