New West has a thriving nightlife – full of cool alternative ways to go out and have some casual fun with friends. One of the ways it’s growing (really, faster than we can even keep up!) is with stellar Trivia nights! One of the companies responsible for bringing pop culture trivia to New West is Brainstorm Trivia – a bar trivia operation working out of New West and Coquitlam. Popular for their packed Friends (and upcoming Starwars!) themed nights and the infamous ‘bag of crap’ – where everyone is the winner, whether or not you really want the prize… 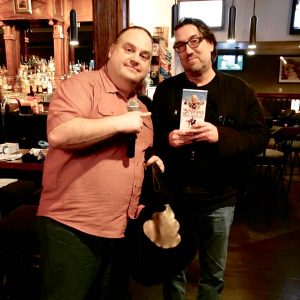 “Now, however, the demand is increasing. We’re seeing a newer audience, a younger fanbase. They are coming out more and they want more entertainment. It’s really great to see the city blossoming to meet those demand, more culture, more music festivals. The nightlife in New West has always been something great, especially down the main drag of Columbia – think Begbies, with the live music. Now the other bars are trying to up that! tap into that fan base.” — Gregory Milne, Brainstorm Trivia host at Taphouse Tuesdays.

Check out upcoming Brainstorm Trivia nights at Sapperton Taphouse on their facebook page (and our events page). 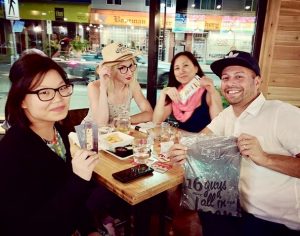 Known for their ultra-popular pop-culture trivia nights (we’re looking at you sold out Friends Trivia Night!) the Sapperton District Taphouse is both a newcomer and a can’t miss on the New West bar scene. Every Tuesday at the 7:30pm drop by and play along with Brainstorm Trivia, boasting a massive beer list and giant nachos it’s a great way to hang out and twist your brain with friends. 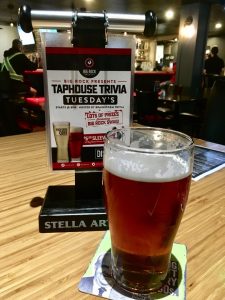 Test your rock knowledge at the Royal Crown Castle Pub. This pub is one of a kind, housed inside the New West ‘castle’. This unique location is under fresh management and they’ve implemented some fun new events – check out the full list of specials, deals, and live music (as well as fun snaps from Rock Trivia Nights gone by) on their Instagram @royalcrowncastle. 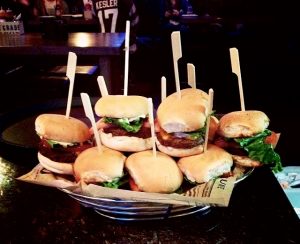 An oldie but a ‘goldie’ (right?). If you’re looking for a fun, traditional trivia night in the heart of Downtown, Judge Begbies is for you! Combining image, music, and trivia questions, (and a midway game of Heads or Tails with a free pitcher as the prize) this is sure to be a fun and beer-filled night with friends.

Keep up with the trivia nights, drinks specials, and more @judgebegbies. 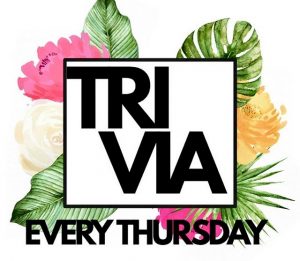 Get your jeopardy on Thursday nights at the Met Bar and Grill! Hosted by Vancouver Trivia Party in the heart of downtown, this is just a fun night for everyone. Head on down and try your hand at winning some great prizes every Thursday at 7:30pm. For more events and fun nights out check out their list of events here.